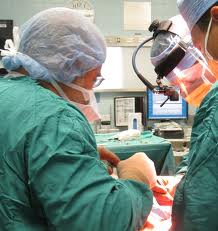 In Connecticut, many medical malpractice cases are dismissed even before the first witness can be called.  This is because of an amendment to Connecticut’s Tort Reform Act of 1986 passed in 1995 by the Connecticut Legislature. The amendment required a detailed opinion letter by a medical expert as a threshold requirement for filing a damage suit for medical malpractice.

An opinion just issued by the Connecticut Supreme Court illustrates how difficult it can be for an injured patient to maneuver the system.  Way back in 2006 the Plaintiff, Kristy Wilcox, underwent gallbladder surgery that allegedly left her with permanent damage.  As the law requires, she presented an opinion letter from another doctor concluding that her surgeon had not met the standard of care for such surgery in a few ways including failure to protect her biliary structures and failing to properly document the surgery.

Lawyers for the Defendant succeeded in having the case dismissed on the grounds that the opinion letter was not sufficiently detailed.

By 2010, Ms Wilcox won an appeal of the dismissal in the Connecticut Appellate Court, but then learned that the Connecticut Supreme Court had accepted her case for another layer of review. Finally, on February 7th of 2012 the Supreme Court released it’s opinion supporting the Appellate Court’s decision and clearing the way, finally, for Kristy Wilcox to have her day in court.

The question this case, and many others like it,  raises is the extent to which the requirement of a detailed opinion letter keeps legitimate cases from reaching the courts and not merely frivolous cases, as the legislature intended.  In 2011, a bill was introduced in Connecticut to soften the requirement of the opinion letter  but was defeated.  It is expected to be considered again in some form during the 2012 session.

Elsewhere, the issue continues to create controversy.  Senator Rick  Santorum’s  political opponants have repeatedly accused him of hypocrisy on the issue because, according to the Washington Post and other sources, back in 1999, Santorum participated as a witness on the issue of pain and suffering in his wife’s medical malpractice lawsuit.  In it, she sought damages of $500,000 — twice the cap Santorum had proposed in legeslation some 5 years earlier.   The ultimate verdict was for $350,000 the greatest part of which, according to the judge, was to compensate her  for pain and suffering.

The charge of hypocracy is fair play against a vocal supporter of tort reform but begs the question of whether supporters really accept the human costs of tort reform or just feel strongly that others should.