A recent decision of  the Connecticut Appellate Court in the case of Felicia Pierot Brody vs. Cary Brody illustrates what can happen when the focus of a divorce case shifts from the issues in the marriage to the credibility, or lack thereof, of one of the parties to the case.  In the Brody case, one thing that happened was that a lot of personal information became public – e.g., the husband’s awkward excuse for stashing condoms in his travel bag.  Another consequence: Brody was ordered to pay $2.5 million in lump sum alimony even though his prenuptial agreement was meant to prevent that and even though the court  was unable to ascertain his income.  The trial took place in 2010. Recently the Appellate Court has ruled against Brody on all six issues he raised in his appeal.

For all most of us know, Mr. Brody might have told the truth from start to finish. However, the judge found him not to be credible which, as the finder of fact in a civil case, she was privileged to do.

Any judge will tell you that the best way to appear to be truthful is simply to tell the truth.  Still, any divorce lawyer who’s practiced as long as I  have, has encountered more than one client who is shocked to learn that their lawyer expects them to be honest.

What kind of  lawyer wouldn’t help you hide your assets, understate your income or cover up your extramarital affairs?  The answer:  any good one.  Yet, despite our best efforts, there are plenty of folks who remain unconvinced that honesty is the best policy even when the truth isn’t pretty.

The fact is, there isn’t much that happens in a marriage that the judge hasn’t heard before.  Also, there can be two very different sides to every story even when the story is told by honest people.  Your secret spending or infidelity might have led to enormous drama in your household, but in divorce court, might barely cause a ripple.  Unless, that is, you  deny the deed and the judge isn’t buying it.

Brody was not a divorce between members of the 99% although the basic issues were fairly universal. There was an issue of   irresponsible spending — in this case  buying  one too many Ferrari automobiles , a  wine cellar, and an airplane.  There was an issue of suspected infidelity with no proof other than a few unused condoms.  There was a business purportedly in decline — in this case the Defendant’s hedge fund.  There were some  “he-said-she-said” claims of verbal abuse.  All matters divorce judges deal with day in and day out.

No case in Connecticut goes to trial without first going through at least one formal attempt at settlement usually with the assistance of a judge or court-appointed Special Master.   Most cases settle before trial.  Of the small percentage that do not, only a handful are appealed and those few find little success in overturning the decision of the trial judge.

In this case, the Defendant raised a number of issues that might have served him well during settlement  negotiations.  His business really had been embroiled in litigation with the SEC, for example,  and the prenuptial agreement arguably  offered him protection from a lump sum alimony award that would have to be funded by liquidating personal assets.

At trial, however, the judge found him not to be a credible witness.  For one thing, he had admitted testifying falsely under oath in an earlier divorce proceeding that his wife had commenced but later dropped.  Back then he had denied removing his wife’s jewelery from a safe, but had later come clean.   Added to that was the finding that the Defendant had stonewalled during the discovery phase of the trial  pretending that certain documents sought by the Plaintiff didn’t exist.  With those two strikes against him,  the case was pretty much over.  The Plaintiff, whose  personal net worth at the time of the marriage had been 29 million, and whose dividend income from her separate property was approximately $100,000 annually was awarded alimony and, tacitly, the designation of honest litigant.

FINDING THE MONEY — A STEP OFTEN OVERLOOKED IN “DIY” DIVORCE 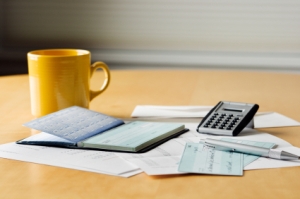 As the result of our bad economy, more and more divorcing couples are attempting to act as their own lawyers.  While this may save money in the short run, the long run consequences can be both devastating and irreversible, especially when it comes to how the parties divide their property.  This is because, under the laws of Connecticut and many other states, once the court has approved an agreement to divide marital property, the agreement can never be modified absent a showing of actual fraud.

One of the biggest mistakes so-called pro se litigants make in handling their cases is failing to take advantage of a process known as “discovery”. Discovery is the mechanism by which lawyers collect evidence to use in lawsuits. In the case of divorce, lawyers routinely file formal requests for documents, not only directed to the adverse party, but also directed to employers, unions, banks, and others who might have financial information relevant in the divorce. Divorce lawyers then use the information they have gathered to prepare for negotiation and trial.

If they did not perform this crucial step in the litigation process, they would be forced to rely upon the notoriously inaccurate information provided by the adverse party on a single document known as a “financial affidavit”.

Unfortunately, this is exactly what the majority of pro se litigants do. This can result in serious miscalculations of the amounts of alimony and child support that should be paid and can also result in the over or under valuation of assets.  It can even mean overlooking marital assets entirely.

When balanced against the cost of giving up a fair share of a lifetime pension, for example, the savings realized by going it alone in divorce court can be insignificant.

There is no reason why pro se litigants cannot conduct their own discovery if they first educate themselves about the types of discovery available and the rules for conducting it.

Some requests for discovery do not even require subpoena power, notably when the request is addressed to the adverse party. Just by formally requesting items such as bank and credit card statements, tax returns, and more, pro se parties could potentially do a far better job in representing their own interests. Sadly, though, most are either unaware of the process or unable to maneuver the system in order to collect the information they need. Still others don’t know what to ask for because they are unaware of what assets are divisible in a divorce.

Courts in Connecticut and in most other states are making great strides in providing assistance to pro se litigants through programs that provide do-it-yourselfers with the forms that are required to process a divorce, but rarely does the assistance go beyond that. In fact, court personnel from clerks to judges are generally prohibited from offering legal advice at all.  Nevertheless, people who have been provided with a set of necessary documents by a court official are often left with the illusion that they have received the range of legal counsel and assistance that they would have received from a lawyer.

Others feel comfortable trusting their spouse to provide full and adequate financial disclosure and therefore see no need for discovery.  Any experienced divorce lawyer will tell you that this is a mistake. This is not necessarily because the other party is dishonest, but because neither spouse may fully understand how to report income and assets. Many honest people also make the mistake of believing they don’t have to disclose occasional income like bonuses or regular overtime simply because those kinds of income are not guaranteed.

If you find yourself forced to act as your own lawyer in a divorce, you should, at a minimum, visit your local law library and spend an afternoon reading the statutes covering divorce, paying special attention to those related to the discovery process.

If you can’t afford to retain a lawyer to provide full representation in your case, you may be able to hire one on an hourly basis for limited purposes such as preparing discovery requests for your signature, or reviewing proposed divorce agreements before a final hearing. When you consider how much it will cost in the long run, to inadvertently forego an extra $50 a week in child support, or $1000 a month in future retirement income, it’s easy to see that working your way through the discovery process is a rewarding task.