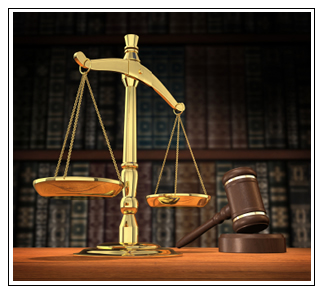 A recent decision of  the Connecticut Appellate Court in the case of Felicia Pierot Brody vs. Cary Brody illustrates what can happen when the focus of a divorce case shifts from the issues in the marriage to the credibility, or lack thereof, of one of the parties to the case.  In the Brody case, one thing that happened was that a lot of personal information became public – e.g., the husband’s awkward excuse for stashing condoms in his travel bag.  Another consequence: Brody was ordered to pay $2.5 million in lump sum alimony even though his prenuptial agreement was meant to prevent that and even though the court  was unable to ascertain his income.  The trial took place in 2010. Recently the Appellate Court has ruled against Brody on all six issues he raised in his appeal.

For all most of us know, Mr. Brody might have told the truth from start to finish. However, the judge found him not to be credible which, as the finder of fact in a civil case, she was privileged to do.

Any judge will tell you that the best way to appear to be truthful is simply to tell the truth.  Still, any divorce lawyer who’s practiced as long as I  have, has encountered more than one client who is shocked to learn that their lawyer expects them to be honest.

What kind of  lawyer wouldn’t help you hide your assets, understate your income or cover up your extramarital affairs?  The answer:  any good one.  Yet, despite our best efforts, there are plenty of folks who remain unconvinced that honesty is the best policy even when the truth isn’t pretty.

The fact is, there isn’t much that happens in a marriage that the judge hasn’t heard before.  Also, there can be two very different sides to every story even when the story is told by honest people.  Your secret spending or infidelity might have led to enormous drama in your household, but in divorce court, might barely cause a ripple.  Unless, that is, you  deny the deed and the judge isn’t buying it.

Brody was not a divorce between members of the 99% although the basic issues were fairly universal. There was an issue of   irresponsible spending — in this case  buying  one too many Ferrari automobiles , a  wine cellar, and an airplane.  There was an issue of suspected infidelity with no proof other than a few unused condoms.  There was a business purportedly in decline — in this case the Defendant’s hedge fund.  There were some  “he-said-she-said” claims of verbal abuse.  All matters divorce judges deal with day in and day out.

No case in Connecticut goes to trial without first going through at least one formal attempt at settlement usually with the assistance of a judge or court-appointed Special Master.   Most cases settle before trial.  Of the small percentage that do not, only a handful are appealed and those few find little success in overturning the decision of the trial judge.

In this case, the Defendant raised a number of issues that might have served him well during settlement  negotiations.  His business really had been embroiled in litigation with the SEC, for example,  and the prenuptial agreement arguably  offered him protection from a lump sum alimony award that would have to be funded by liquidating personal assets.

At trial, however, the judge found him not to be a credible witness.  For one thing, he had admitted testifying falsely under oath in an earlier divorce proceeding that his wife had commenced but later dropped.  Back then he had denied removing his wife’s jewelery from a safe, but had later come clean.   Added to that was the finding that the Defendant had stonewalled during the discovery phase of the trial  pretending that certain documents sought by the Plaintiff didn’t exist.  With those two strikes against him,  the case was pretty much over.  The Plaintiff, whose  personal net worth at the time of the marriage had been 29 million, and whose dividend income from her separate property was approximately $100,000 annually was awarded alimony and, tacitly, the designation of honest litigant.