DIVORCE GAMES – IS YOUR SPOUSE HIDING INCOME AND ASSETS? 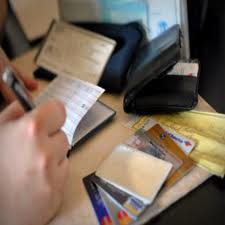 Often when a marriage turns sour, things not so  coincidentally  seem a bit — off  –in the family finance department.

While a few of the signs of trouble apply only to high-asset families — e.g., frequent trips to countries with soft banking laws — others signal shady maneuvers that are common at all income levels.

If you notice that your spouse’s behavior has changed when it comes to earning, spending or borrowing money and, at the same time, all is not blissful on the home front, make some notes and do a reality check of your own.  Even if you find nothing amiss,  the clues you record might come in handy to your divorce lawyer further down the road.

And if your spouse suddenly decides it would be a good idea to re-mortgage the house to pay off cars or  business and credit card debt, by all means  take the temperature of your marriage before signing on the dotted line. The bigger the hurry, the more reason to slow things down.

SCHOOL BULLYING – ARE THERE DIFFERENT RULES FOR TEACHERS AND KIDS?

In a decision to be released next week, the Connecticut Appellate Court sided with a sixth grade teacher who had been officially labeled an abuser by an investigator  Department of Children and Families.

Here’s the case in a nutshell:

We believe that this case raises some very important questions:

Please let us know what you think.

PRENUPTIAL AGREEMENTS — A WISE MOVE THE SECOND TIME AROUND

Because our last post  highlighted  a recent Wall Street Journal report about the skyrocketing divorce rate among baby boomers — especially those who have been divorced at least once before — we decided offer a quick primer on Connecticut’s Premarital Agreement Act.

Regardless of your beliefs about the wisdom or morality of entering into prenuptial agreements at the beginning of a first marriage,  the stakes are often quite different when we choose to marry for a second time.  By then, both parties are likely to have amassed some assets of their own and, importantly, may have children whose future welfare could  be jeopardized in the absence of a prenuptial agreement.

If you do decide a prenuptial agreement is for you, it is important to do everything possible to assure that it is both fair and enforceable.  According to a comprehensive overview on the history and development of the law on prenuptial agreements published in 2007 in the William and Mary Journal of Women and the Law,  rules regarding the enforceability of prenuptial or premarital agreements vary considerably from state-to-state. According to the authors, prenups are not enforceable in England and in parts of Canada but instead simply serve as evidence of what the parties thought would be fair at the time the agreement was signed.

Connecticut’s Premarital Agreement Act goes a long way toward assuring that a carefully crafted agreement will ultimately be enforced by the court, but it also provides a number of requirements that must be met in order for a prenup to survive a challenge at the time of a divorce.

The degree of specificity and complexity of premarital or prenuptial agreements  varies enormously.

Agreements may cover pre-marital property only or may deal, as well, with property acquired during the marriage. Parties can pre-determine spousal support rights, allocation of debts,  and much more. It is also typical for couples to agree that their premarital agreement will expire after a period of time or that rights to such things as spousal support and retirement benefits will increase in accordance with a pre-arranged schedule as the years pass.

One set of  issues that cannot be decided in advance by way of a premarital agreement has to do with the care, custody and support of children of the marriage.

As with most areas of contract law, there is no one-size-fits-all document. Instead, engaged couples should make every effort to learn what issues they may face in the event that the marriage ends either by divorce or by death, and to fashion an agreement that recognizes and accommodates each party’s  wishes and priorities regarding their own financial future and, in many cases, the financial future of their children and grandchildren.

REPORT SAYS DIVORCE AMONG BABY BOOMERS IS ON THE RISE

According to the Wall Street Journal, a paper to be presented by sociologists from Bowling Green State University in April of this year concludes that divorces among the over 50 set have nearly doubled in the last two decades and the divorce rate for that age group is now at its highest level ever.

The trend is attributed to a number of factors including changing expectations about the roles of men and women in marriage. Read the entire article here. 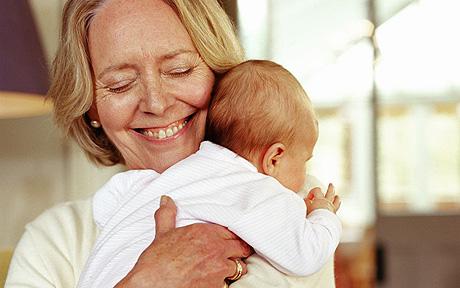 All 50 states have some form of  statute specifically  allowing grandparents and other third parties to seek custody or visitation rights under various circumstances but the laws are not uniform among the states. The issues are of such interest nationwide that the Attorneys General of five states filed so-called amicus or friend-of-the court briefs.

In most states, grandparents may seek custody and other rights if the parents have first been declared unfit.  Often, they are allowed to intervene in divorces as well.  This happens when the party most likely to obtain primary custody is  the one least likely to foster a relationship between the children and the intervening grandparents.

A more difficult question and one which remains unsettled as a result of the Supreme Court’s action, is what happens if an intact couple, who has not been found to be unfit, cuts off contact between their children and their own parents. That was the situation in the Alabama case.

In many states — Alabama among them –the answer is nothing much, at least not through the courts.

The debate over whether grandparents could be excluded in this way came to a head back in 2000 with the U.S. Supreme Court case of Troxel v. Granville in which the high court held that the interest of parents in the care, custody, and control of their children was perhaps the oldest of the fundamental liberty interests recognized by the Court. The court went on to say that all courts must presume that fit parents act in the best interest of their children, but the court did not clarify the degree of proof that would be necessary to rebut that presumption.

The Connecticut Supreme Court has looked at various aspects of this issue several times since the Troxel case was handed down.  As the law stands in this state now, in order to seek an order of  visitation with children over the objection of the parents — at least when those parents remain an intact couple —  grandparents must meet a very heavy burden of proof.  First, they must allege specific facts that tend to prove that they  already  have a relationship with the child that is similar in nature to a parent-child relationship. Next, they must allege additional specific facts that would show, if proven, that denial of visitation would cause “real and significant” harm to the child.  Without those allegations, the court will not even have jurisdiction to hear the case.

Assuming the petition contains the necessary claims, and the case does reach hearing stage, the grandparents must still prove their allegation by so-called “clear and convincing” evidence.  This is a burden of proof substantially more rigorous than the usual standard in civil cases. In visitation disputes between natural parents, for example, the parent seeking visitation must only prove that the visitation sought would be in the best interest of the child.

The Alabama Supreme Court’s ruling went even further by ruling that grandparents could not intervene to seek custody unless the parents had already been determined to be unfit.

Although, grandparents who are  estranged from their children would like to see  uniformity in the laws governing their rights to seek custody and visitation, it is clear that no solution favorable to that group is ever likely to come from the courts. Instead, rifts between grandparents and their own children will need to be addressed directly or with the assistance of mediators or family counselling professionals.  All of those options are dependent on the voluntary cooperation of the adults — something not always easy to achieve.

While this truth may leave aggrieved grandparents feeling powerless, it is also true that any court battle over access to children is likely to do permanent damage to everyone concerned, including the children.  One can  only hope that grandparents , worried that their relationships with children and grandchildren might be disintegrating, and who understand from the outset that courts will not come to the rescue, will put their energies into reconciliation rather than confrontation before damage to the extended family becomes irreparable.